Attack – the Orders of Movement

Home/Attack – the Orders of Movement 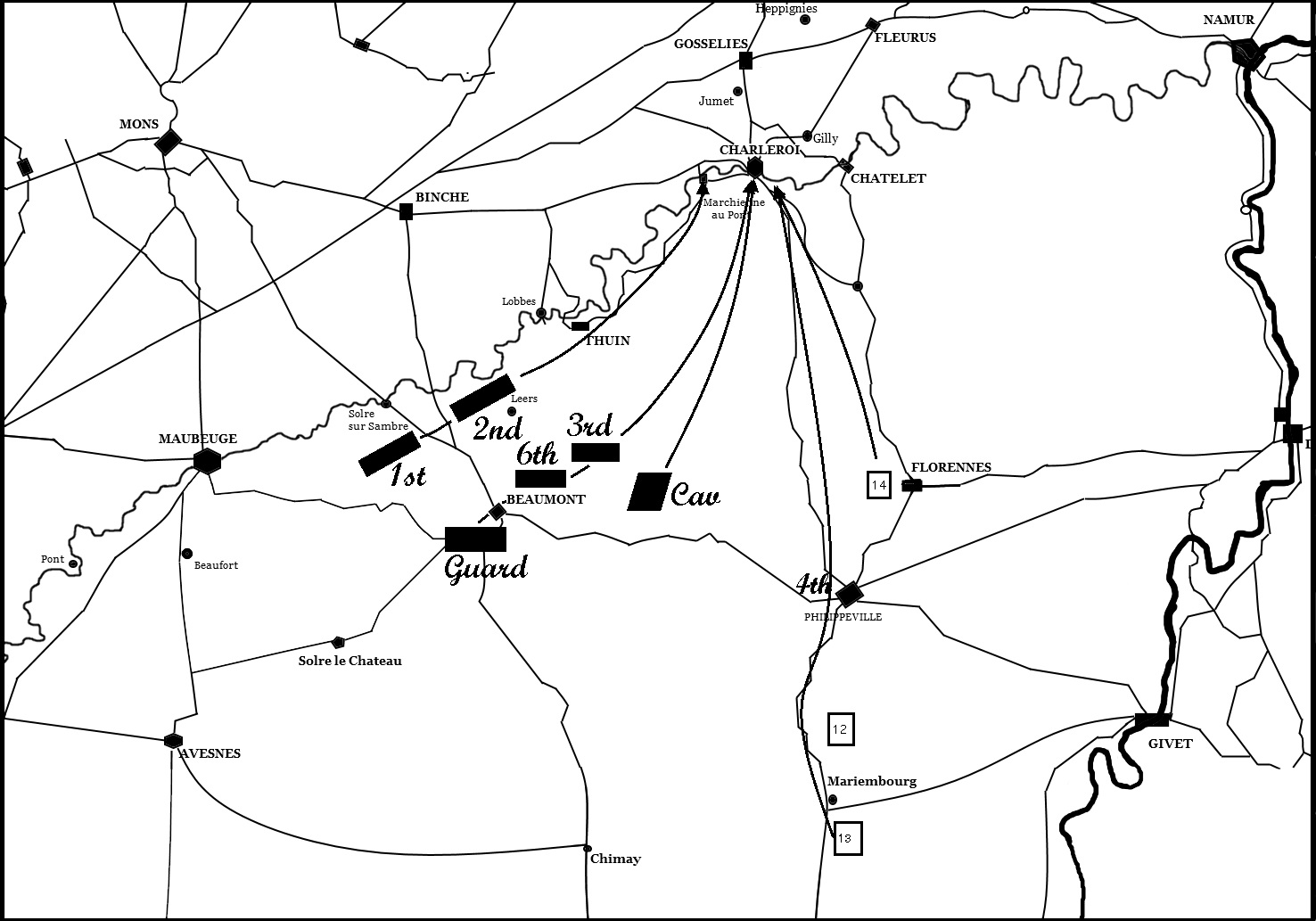 June 14 - Attack – the Orders of Movement

In the evening, the famous orders of movement for the advance on the morning of June 15 were dictated, copied, and distributed.

This order is famous, translated/reproduced often, and long winded, so we’ll examine some highlights that will be relevant to our story.

The dispatchers were identified in the Registry:

Attention was given to the baggage of each corps, for example this passage dealing with Vandamme’s 3rd Corps:

Among the official or military elements of the baggage were the servants and personal baggage of officers.  In the 19th century, all the men of means had a servant, if not more than one.  During the retreat and battle of June 18, the Anglo-Dutch army suffered some loss of baggage, which led Wellington to write to Colonel Barry, Secretary of the Board of Claims, on January 2nd, 1816, about troops that had fled behind his army:

Servants were everywhere in this period, but only those of the most senior personalities are usually mentioned.  Ney brought a servant on the campaign despite his well documented chaotic entry.  Even Captain Coignet, the author of the popular memoirs, whose background was that of destitute peasant orphan, had a servant!  One must consider that the officers of all armies of the period may not have been able to function well without their servants, and this detail didn’t escape Napoleon’s orders:

The vaguemestre-général will form divisions for this baggage, and he will place officers at the commands, in order to be able to detach what will then be called to the headquarters or for the service of the officers.

The vaguemestre-général was none other than our Captain Coignet.

While Coignet could deal with the central column, which would include the baggage of the Imperial Heaquarters, Gérard was both isolated on the right, and his divisions dispersed.  Napoleon still indicated that:

…General Gérard will scout to his right and all the roads leading to Namur, he will march in close order of battle and will leave at Philippeville all his baggage and clutter so that his army corps will be lighter and more maneuverable.

d’Erlon would be directed to monitor the western flank:

Count d’Erlon will have the 1st Corps march at three o’clock in the morning, and will also direct it on Charleroi, following the movement of the 2nd Corps, of which he will take the left as soon as possible in order to support it as needed. He will hold a cavalry brigade to the rear to cover and maintain by small detachments his communications with Maubeuge; he will send patrols in front of this place in the directions of Mons and Binche to the border to get news of the enemy, and to report of it immediately; these patrols will be sure not to compromise themselves and are not to cross the border.

d’Erlon’s mission for the advance was to focus on the west, and this would be revisited often.

An interesting observation about the Order of Movement was Napoleon’s desire that Flemish speaking officers were to accompany the advanced guards of the columns. Flemish was found predominantly north of Brussels, and seems to indicate that Napoleon expected a rapid advance with minimal opposition until he occupied that city. With what he knew about the enemy dispositions, if he could seize the Nivelles-Namur road, he could separate the Prussian and Anglo-Dutch armies and dictate their only chance for cooperation to be north of Brussels.

Lieutenant Generals Reille, Vandamme, Gérard, and Pajol will stay in communication with frequent patrols, and they will manage their march so as to arrive in mass and assemble before Charleroi: they will place, as much as possible, Flemish speaking officers in the advanced guard, to question the inhabitants and take their information; but these officers will announce themselves as commanders of patrols, without saying that the army is behind.

As this order was being dictated, both Allied armies were dormant.  Napoleon had achieved a strategic surprise.