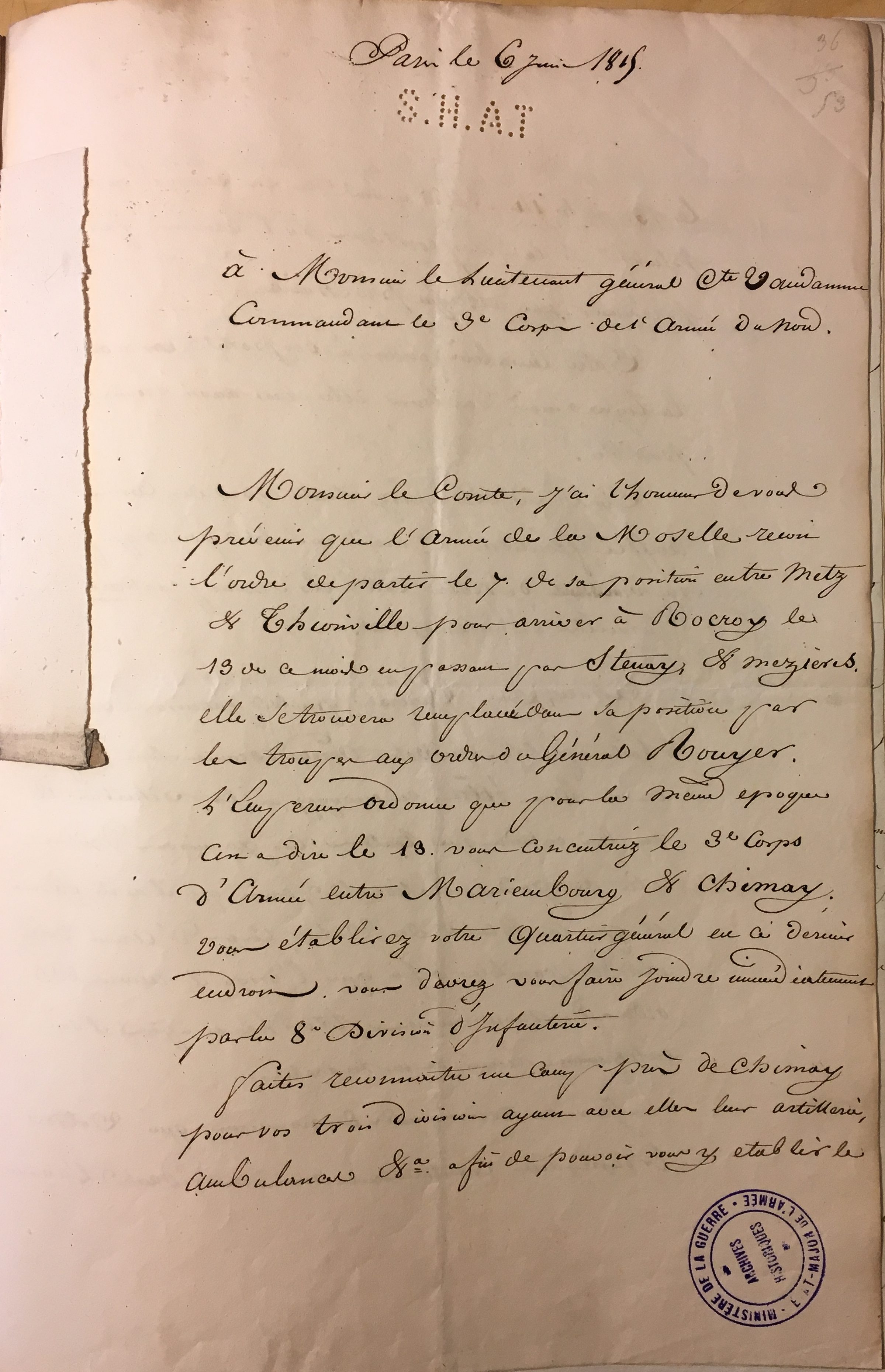 Soult’s order to Vandamme is in the archives and is as follows:

Comte, I have the honor to inform you that the Armée de la Moselle (4th Corps) is receiving the order to leave on the 7th from its position between Metz and Thionville to arrive in front of Rocroy on the 13th of this month in passing by Stenay and Mézières. It will find itself replaced in its position by the troops under the orders of General Rouyer.
The Emperor orders that for the same time, that is to say the 13th, you concentrate the 3rd Corps of the Army between Mariembourg & Chimay. You will establish your Headquarters
in this last place. You must have the 8th Infantry Division join you immediately.
Have a camp established near Chimay for your three divisions having with them their artillery, ambulances, etc. in order to be able to establish yourself there on the 13th or 14th if the
order is sent to you or even earlier if the enemy’s position made a coming attack presumable.
Your cavalry will supply posts in front on the line but elsewhere it will be as reduced as possible.
You will forbid any type of communication with the border unless the people crossing come to our side. They will be closely surveilled and interrogated.
You will Ensure, General, that the garrison of the places and fortified posts in your arrondissement are complete and in good shape, and send in the situation. It is well understood that the garrisons must be of National Guards, as it has been ordered, and that the totality of your army corps must be available such that once it receives orders of movement, three hours later it must be entirely assembled and marching.
I advise you again that your troop must be constantly maintained with four days advance from Paris, and with a half pound of rice per man & furthermore that their current
distributions be made regularly.
I pray you, General, to report to me on the execution of these arrangements. 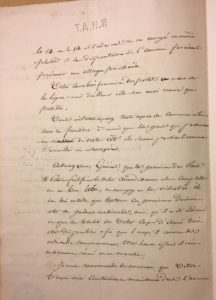 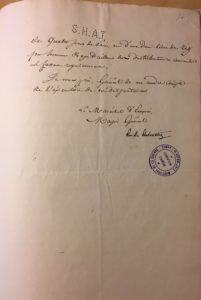 There is an identical order to Vandamme in the same archive marked “duplicate.”  It apparently was sent twice.

There is also a very terse registry entry, #250 in Soult’s Mouvement des Troupes:

In the drafts, which may have been dictated by Soult, we find that the letter to Vandamme is listed first.  As we have seen, it was anticipated that 3rd and 4th Corps would potentially work together, and their movements would need to be coordinated.  1st and 2nd Corps were in theater, and Gérard had already had his orders sent the previous day.  The draft indicates these orders were sent on June 6. 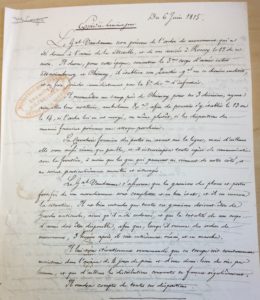