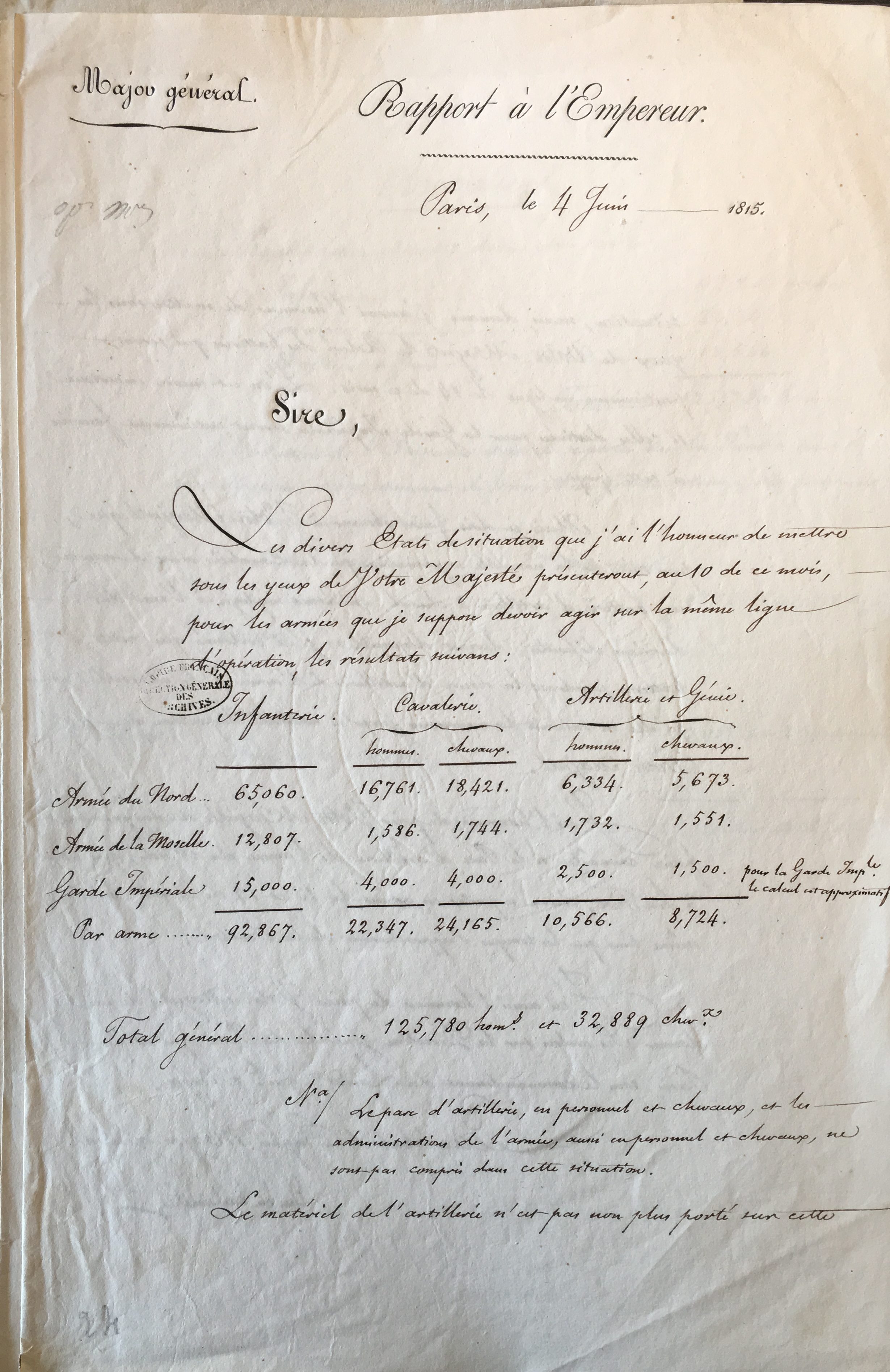 The various status reports that I have the honor to put before the eyes of Your Majesty will present, on the 10th of this month, for the armies which I suppose must act along the same line of operation, the following results:

The artillery material is not reported on this status either, but, tomorrow, I will have the honor to put before the eyes of Your Majesty the statement of batteries that will affirmatively be on the line on the 14th of this month. It is still uncertain if those destined for the Imperial Guard will be completely supplied by this time.

But I must point out to Your Majesty that, following the new organization that the Cavalry has just received, a battery of mounted artillery, which was employed in one of the dissolved divisions is becoming available: I have ordered that this battery should join the reserve artillery of the Armée de la Moselle, and that it should follow the movements until new indications from your Majesty.

I have the honor to pray Your Majesty to deign to let me know if the artillery park of the Armée du Nord, which is in La Frère, must go to the front, the 13th and 14th of this month, at the same time that the troops approach the Sambre.

I also have the honor to pray Your Majesty to give me His orders on the general Direction of the Parks, which are in Paris, under the command of Lieutenant General Neigre.

Marshal of the Empire, Major-General.

The adjacent summary gives for results:

If the intention of the Emperor is to push to the Sambre from two directions, and as a consequence to form two large Columns, they could be composed as follows: 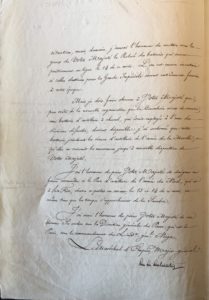