Due to this research, the results of the campaign have been vacated.  Napoleon wins.

As a result, a march is scheduled for Saturday, June 20, starting at 9am, in Waterloo Alabama.  Proceeding alphabetically, there will be demonstrations in every Waterloo in North America until they are renamed to something that honors Napoleon’s unparalleled greatness.

Changing the results of the campaign, nor the study of this campaign, was intentional.   Seeking to understand 19th century operations, it was chosen for two reasons – duration, and the expectation that all the requisite materials would be immediately accessible.  This was Waterloo, the most written about and studied event of the 1st Empire, and arguably the 19th Century.

What was discovered was that due to the French defeat and the fall of Napoleon’s government, the majority of the source materials were missing and remain missing.

Lettow-Vorbeck revealed that Soult had changed Napoleon’s final concentration orders on June 12.  Houssaye and Regnault ignored this event.  Philippe de Callatay wrote an extensive article on the concentration, and stated:

In the 19th Century, care was taken to conceal Soult’s fault; neither the 10 June order nor the report of 12 June were published. Military solidarity was evident. For instance, among the documents he quoted in his own defense, Grouchy published in 1841 the contents of Soult’s register of orders and correspondence – but only from the next day (13 June) onwards. The imperial order of 10 June was not published in the Correspondance de Napoleon Ier; yet it was certainly known. Henry Houssaye stated that the order of 10 June was in the Archives de la guerre, Armée du nord, and that the report of 12th was in the national archives, AF. IV, 1938; but he did not disclose the contents of those documents. Again, in 1935, Commandant Jean Regnault, a qualified  staff officer, repeatedly referred to the documents of 10 and 12 June, but cited nothing that could reveal the fault of Soult.

The above was simply unacceptable.  If such a major event of the campaign could be ignored by so many, then how could any of the conventional history be trusted.

This began an intense journey to find information.  The French military archives are of course the starting point, but likewise they are also leveraged quite extensively.  There are others that continue to search the military archives, and have produced great research.  There was nothing to be gained duplicating those efforts.  I focused on other potential sources.

This led to the good fortune of discovering a variety materials.

Callatay discussed how the Registry of combat operations only started on June 13.  However, this was explained by finding 2 additional registries.  Soult’s Rapports registry ends on June 6, the day before he left on his mission for Lille.  His Mouvements registry goes through June 17, and with some additional loose pages that even go later.  It is clear that Soult started a new book for the period of hostilities as the Mouvements registry and the combat registry merge perfectly.

Most of Bertrand’s registry for the cent-jours, which included dictations and drafts for June 10, was found, and with Soult’s registry and surviving originals, gives a clear picture of the French concentration.  As suspected, the conventional history was flawed.

d’Erlon’s registry was also found, and with over 600 entries, is the most complete account of a French corps during 1815.  When compared to Reille’s registry in the military archives, the differences are profound.  Reille’s includes mostly letters to peers and superiors.  It seems probably that Reille had a separate registry, as Soult did, for communicating with his subordinates.  It presents another artifact to search for.

The Registries also helped decode the Archives.  The chronology of orders and the groupings of Soult’s dictations brought clarity to what was once unclear.

These discoveries finally solved the mystery of Soult’s order change on June 12, but raised additional questions as to why.

More than anything, the research revealed the magnitude of the challenge that remains.

In addition to Reille, we seek registries for Vandamme, Gérard, and Lobau.  We seek the Soult/Grouchy registry, as well as the collection of materials du Casse had to verify the many copies in the archives.

We have discovered the existance of the following materials, all currently in private collections:

In the late 19th century, a collection of materials to a French officer who served in 1815 is discovered.  This officer received letters from Napoleon, Davout, Soult, and every other significant personality.  Is it kept together and preserved to give insight to this officers role in 1815?

No, it is sold, piece by piece to hungry autograph seekers.  It is scattered around the world.

One individual takes the opportunity to buy several, and in the process acquires letters from Soult, Davout, and Grouchy for late May through June 10.  Over his life, this man acquires wealth, and that allows him to acquire far more from different campaigns, and even different eras.

When he dies, his widow donates the collection to a university.  This may be the background of the William H. Hoffman collection at Brown University, and it added 7 original letters from 1815 to our growing digital collection, as well as other related materials.  It is fantastic, but at the same time, we know hundreds of documents were sent to the Intendant Général in Laon, and it is probably that this collection has been hopelessly distributed.  How many individual pieces were in possession of someone without wealth, who died leaving their unusual possessions to indifferent descendants, who long ago discarded these priceless artifacts.

This is why finding descendants who have intact collections is so critical – and they often are unaware of what they have, and even if they have it.  There are many current efforts on this front.

In the last six months, over 1000 pages of documents from 1815 were discovered from the descendant of a Corps commander of the Armée du Nord.  The collection is blurred to protect the family: 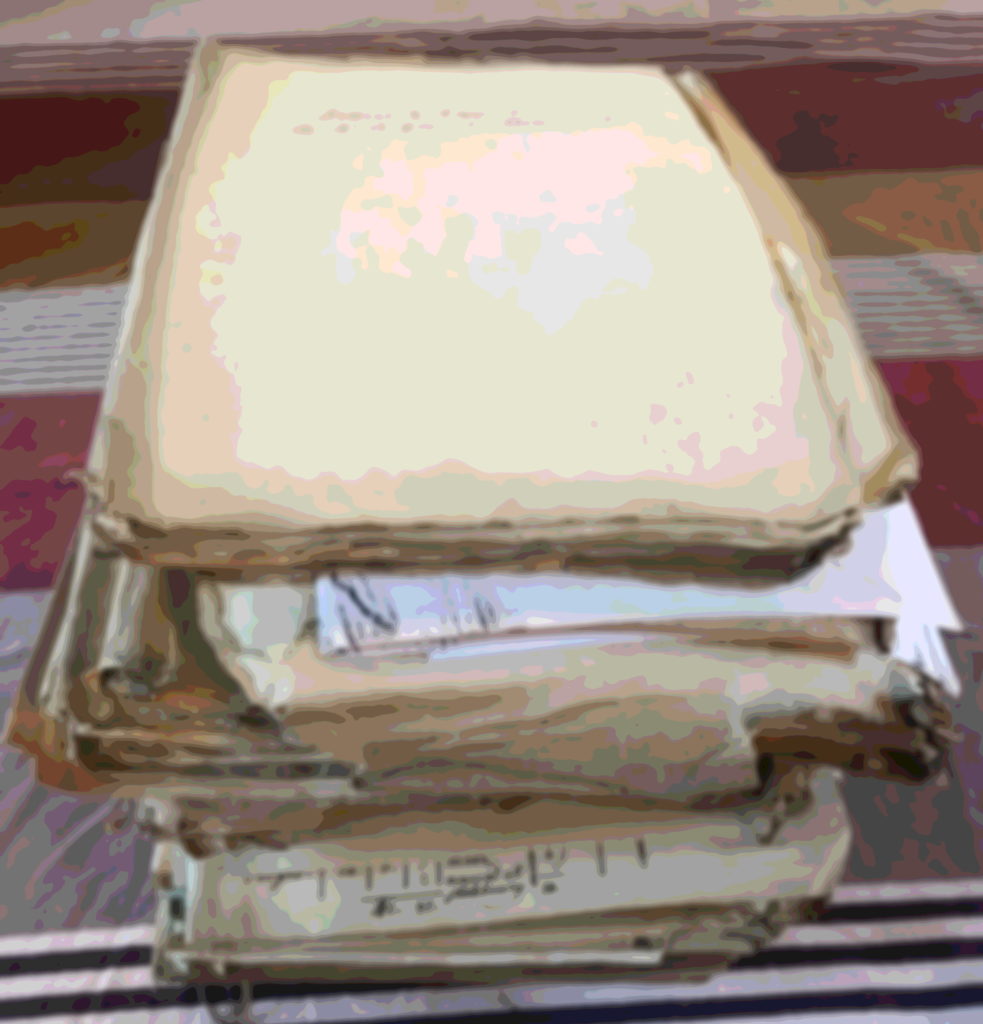 The history of this campaign is far from over.

Back to timeline page
Previous event