A Calm Morning in Avesnes 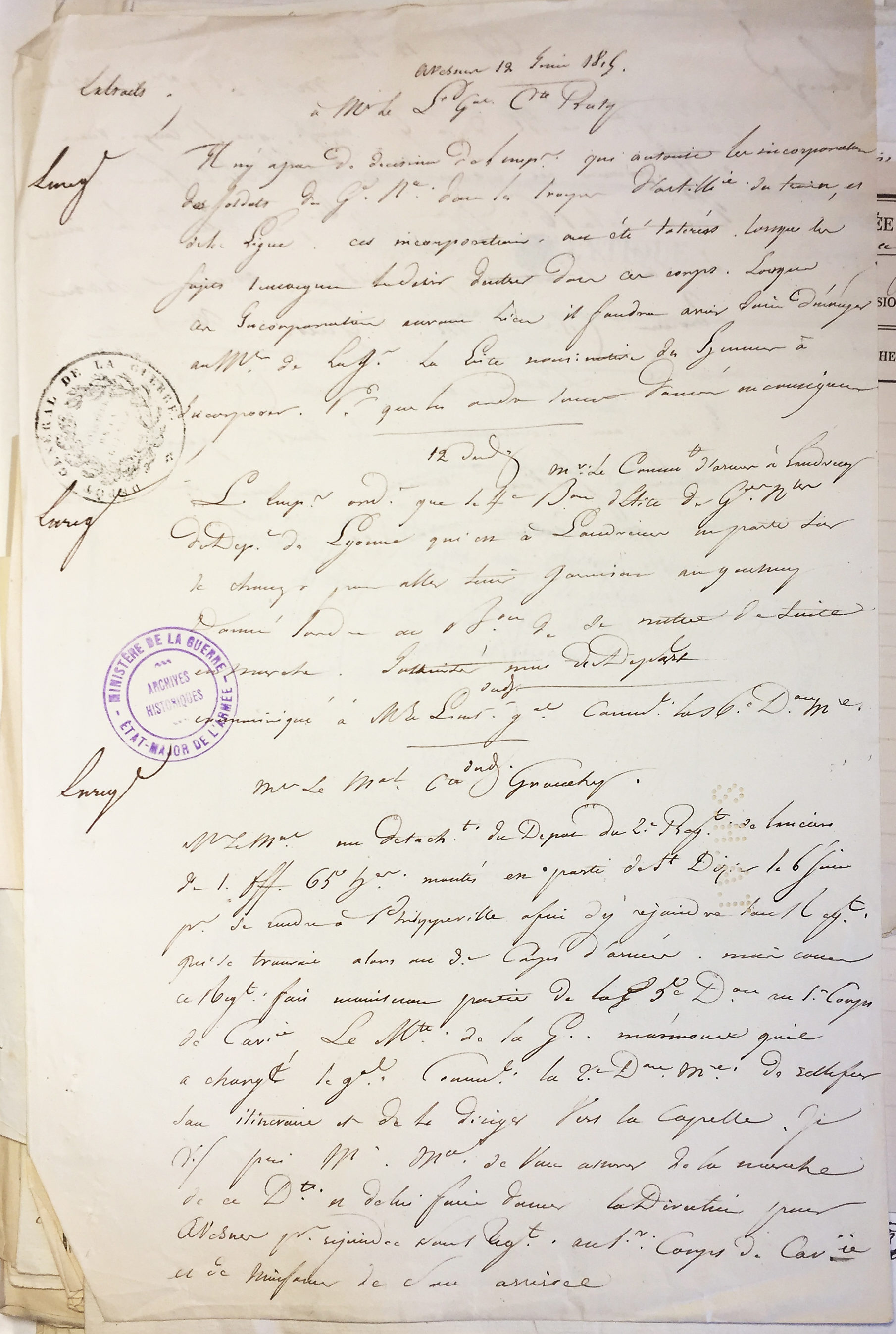 June 12 - A Calm Morning in Avesnes

Mouvement 291 to Ruty, Napoleon has not authorized National Guard soldiers to enter the artillery troops – must send list to Minister
of War
Mouvement 292 to Commander of Army at Landrecy, Napoleon ordered 4th battalion of Elite National Guards of Yonne to garrison Quesnoy
Mouvement 293 to Frère, Inform of above dispositions
Mouvement 294 to Grouchy, Movement of detachment of 2nd lancers to rejoin regiment, now 4th Division of 1st Cavalry Corps
Mouvement 295 to Gazan, Deputy Minister of War just informed Soult that Gazan was put in command of many places – Soult wants to be kept informed
Mouvement 296 to Davout, Notification of report of organization of 2nd/3rd artillery companies of Douay National Guards
Mouvement 297 to Daure, Read report of 8th on evacuations of sick of Armée du Nord – at time unaware of movement of army, now according to operations, changes?
Mouvement 298 to Daure, On proposal of d’Erlon, military hospital established at Bouchain – give necessary orders for prompt establishment
Mouvement 299 to d’Erlon, Informed of above (to Intendent General)
Mouvement 300 to Davout, Informed that order to Maréchal de camp Fernig to go to Lille to take command of National Guards.
Mouvement 301 to Davout, Forwards request of General Garbé to obtain his two nephews for ADCs
Mouvement 302 to Radet, Forward the table of nominations sent by Savary, Duke of Rovigo, of people appointed to the armies who have served in Belgium and the Rhine
Mouvement 303 to Radet, Emperor has ordered that gendarmerie of GHQ must be appointed by the Department, not Paris, and formed by Radet
Mouvement 304 to Daure, Due to difficulty procuring horses due to lack of funds, Daure may make a requisition in Department of North for service of ambulances

The drafts are all in a short-hand form. 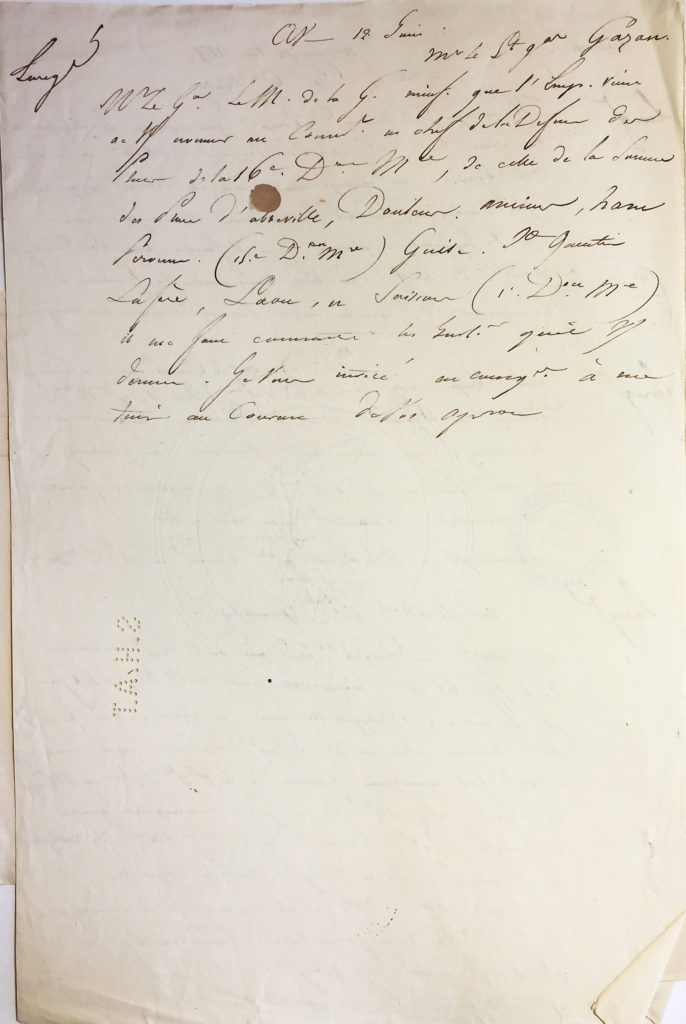 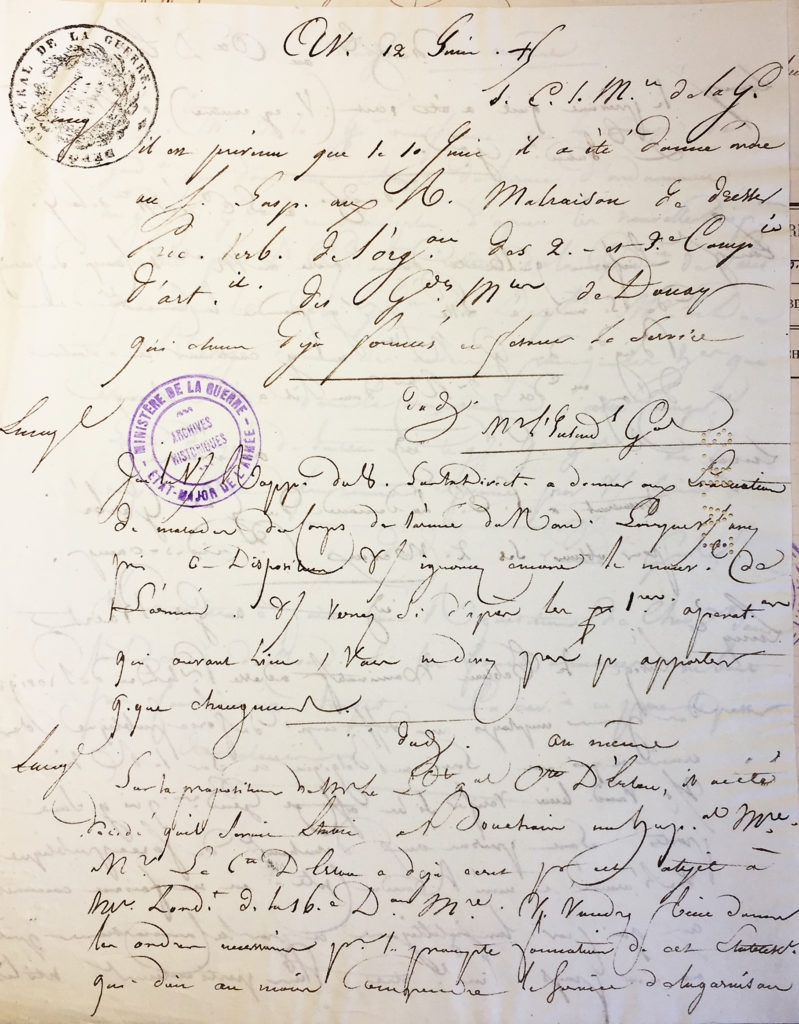 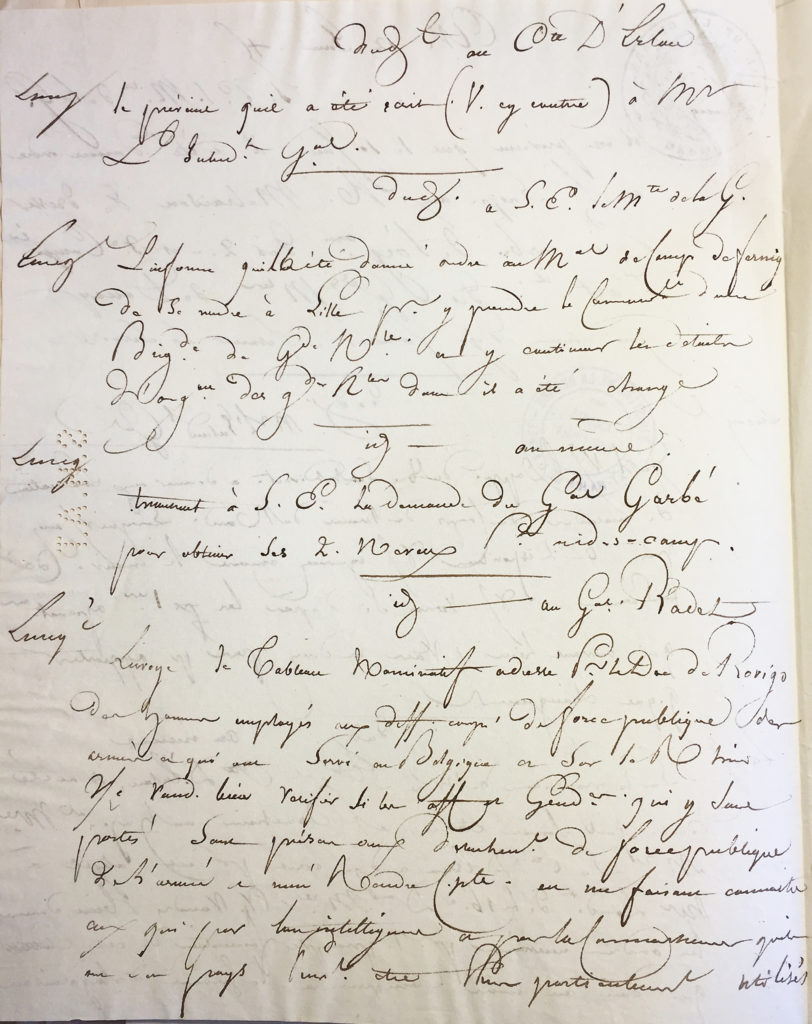 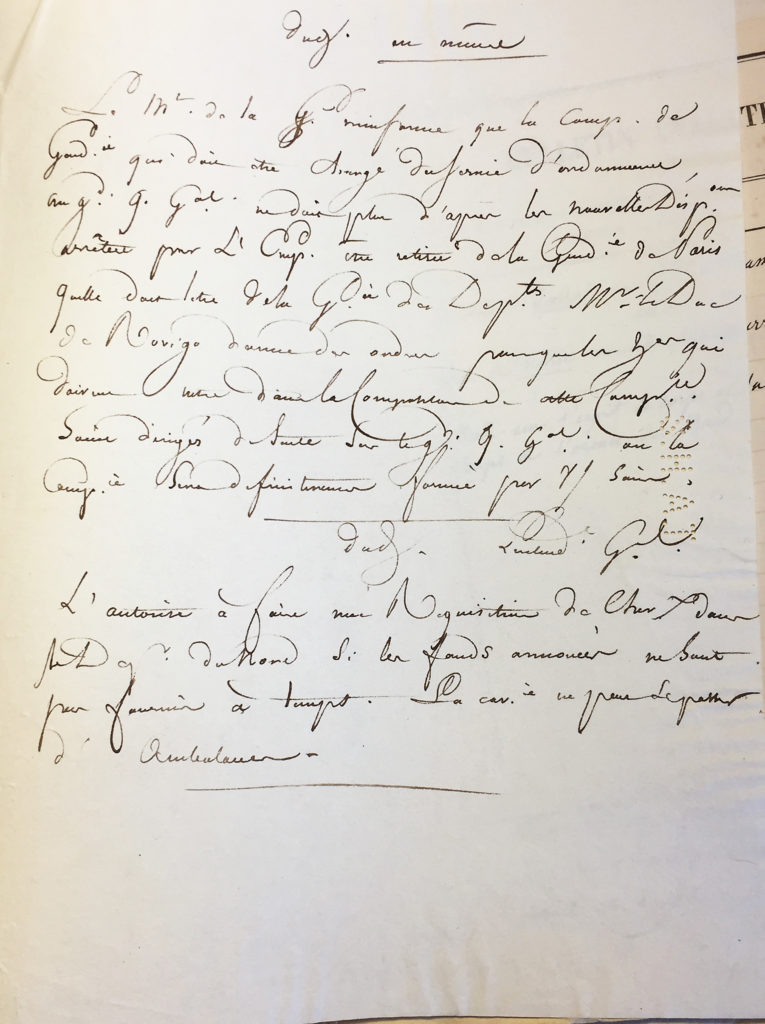