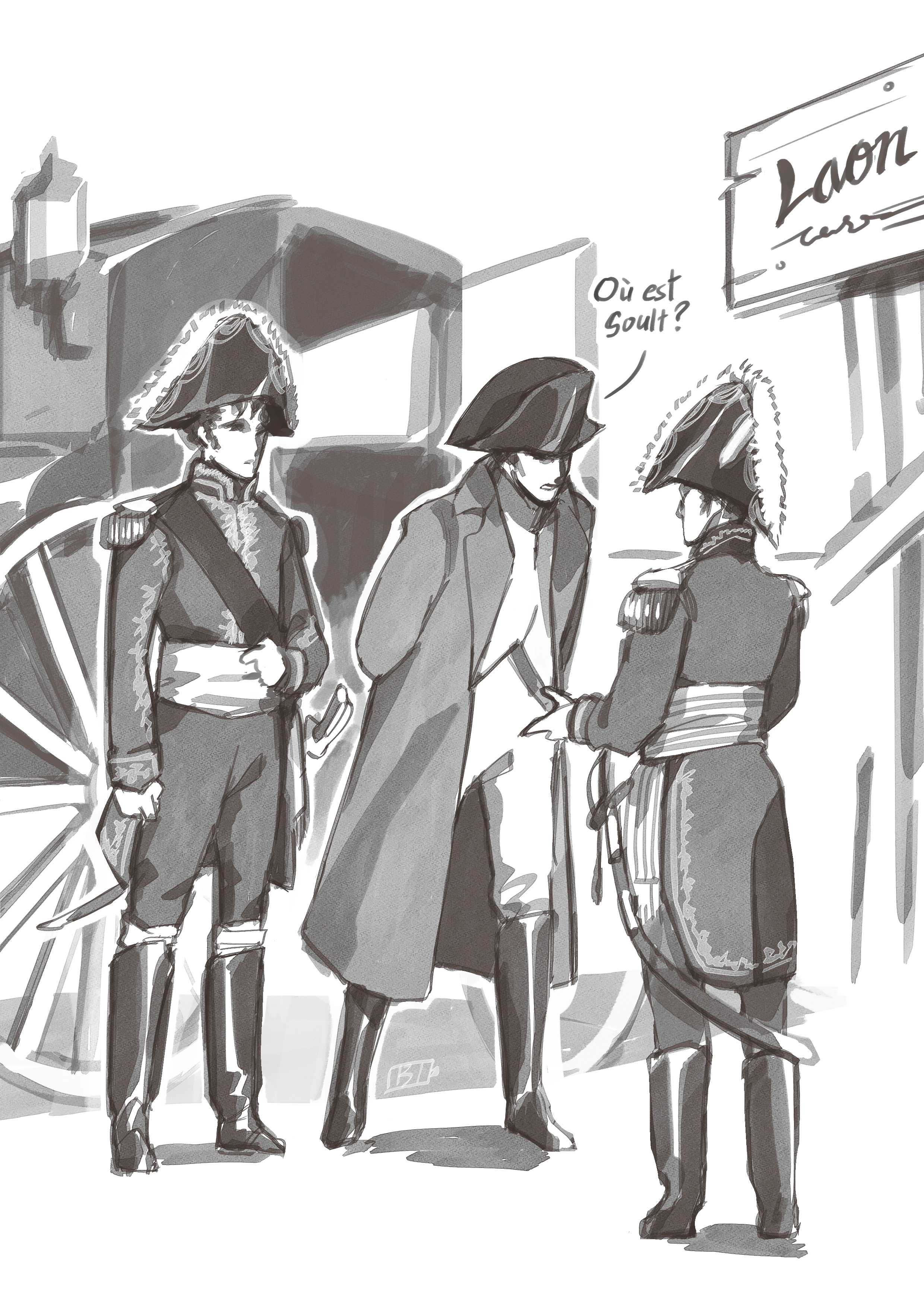 Napoleon arrived in Laon at midday. Here, he found that Marshal Grouchy and the Cavalry reserve had not yet received orders. Sénécal, Grouchy’s Chief of Staff, described the scene:

On June 14, the first words addressed to Marshal Grouchy by the Emperor, as he was arriving from Paris in Laon, were to ask him if the cavalry was gathered at the border. Upon his negative reply that this was not at all the case, not having received an order to this effect, Napoleon expressed his surprise that the Major General had not yet addressed it to him. However, this delay was repaired by the forced marches of the cavalry which arrived in time, but extremely fatigued.

Napoleon sent Grouchy and the cavalry on their way, and departed for Avesnes in the evening.

Napoleon was not the only one who thought Soult would be in Laon, as this envelope attests (from a private collection): 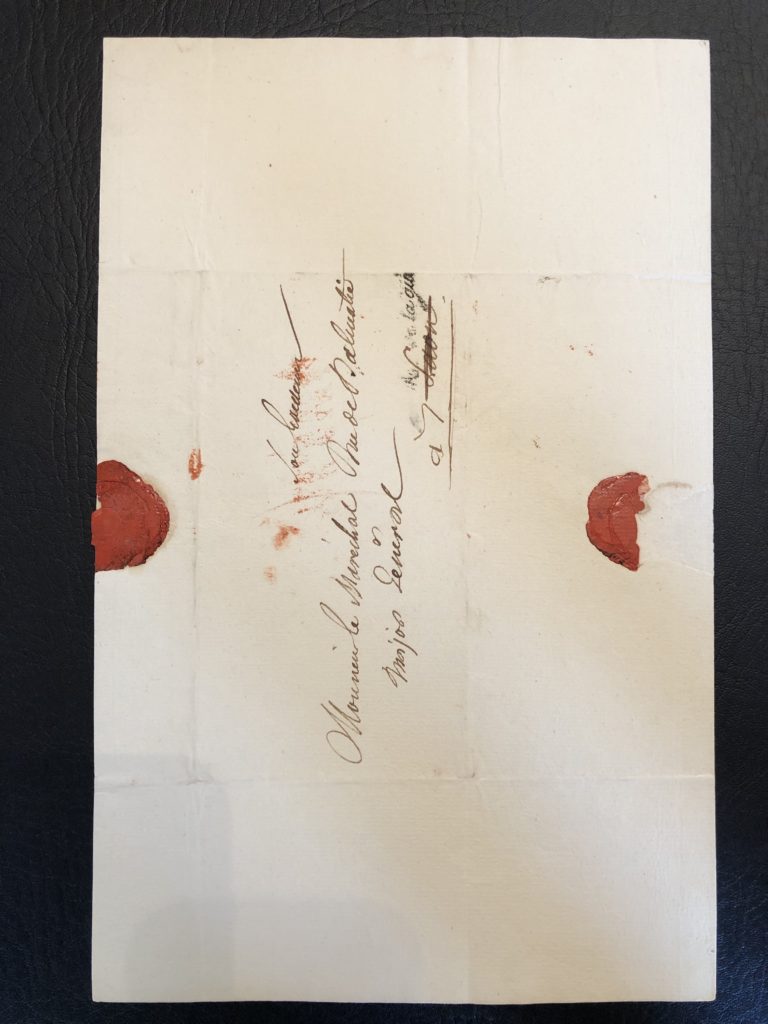