A Most Important Day 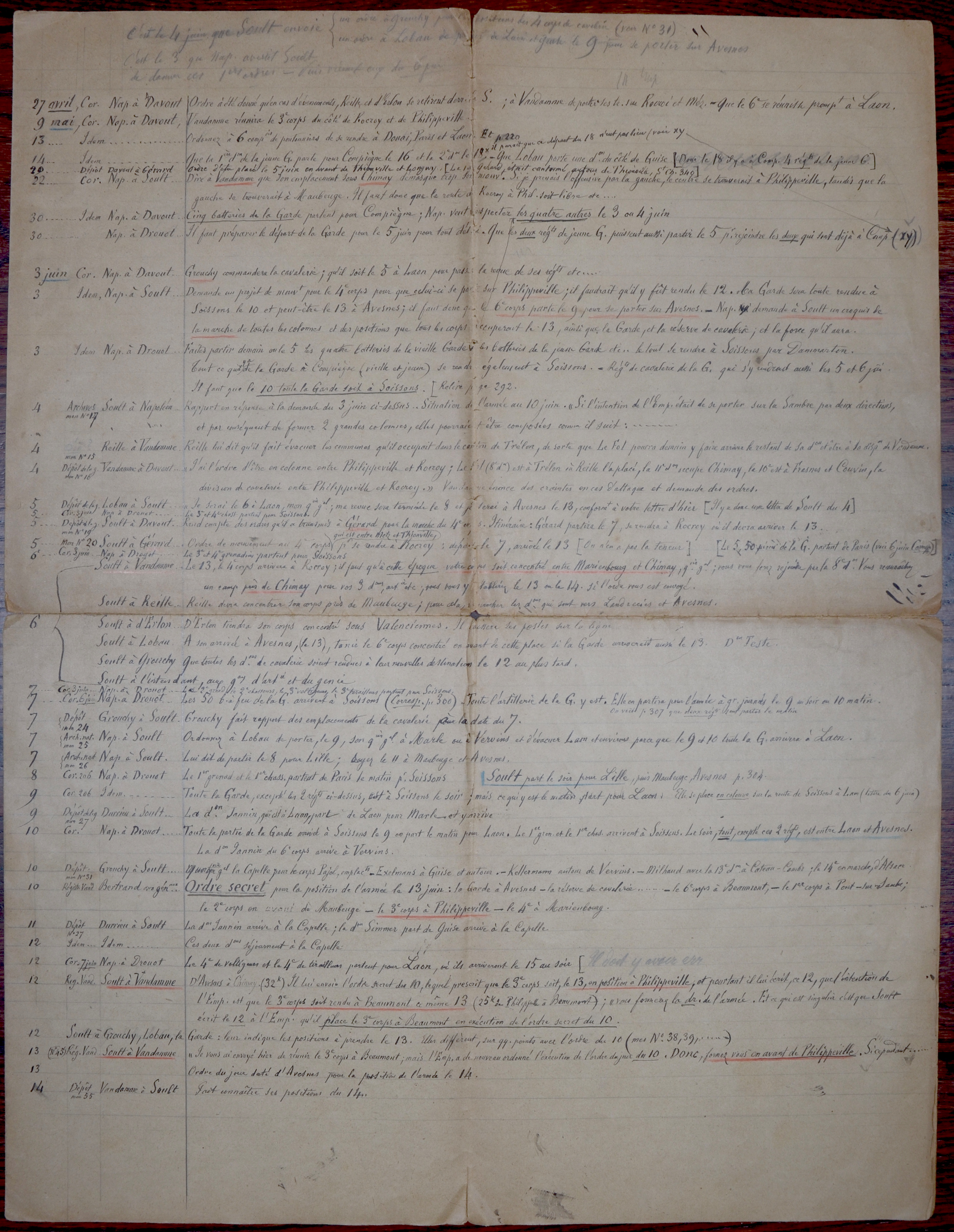 June 10 - A Most Important Day

Napoleon’s correspondence includes one entry for June 10, À Peyrusse, Trésorier Général de la Couronne, about the distribution of funds to Joseph, Lucien, Jerome, and a certain unidentified Madame… it is an excerpt from an auction catalog.  The Fondation Napoléon has struggled as well with gathering original documentation, though the latest edition does expand the original extensively and draws from many private collectors.

Soult’s Mouvement des Troupes includes one letter to La Poype, Governor of Lille, about the organization of a body of mounted partisans.

Mauduit, in Histoire des Derniers Jours de la Grand Armée, has a limited account that jumps from June 8 to June 12.

In 1908, the French edition of General Albert Pollio’s Waterloo was published, famous for its fantastic maps.  It starts its analysis in earnest on June 12.

Archibald Becke wrote well respected Waterloo studies.  The first, Chapter 5 of Military History Applied to Modern Warfare: A Guide to the Study of Military History Exemplified by Studies of the Campaigns of Austerlitz, Jena, Vimiero, Corunna, Salamanca, Waterloo, and the Shenandoah Valley published in 1907.  The author has Becke’s copy of this chapter as a stand alone volume that includes his hand written corrections.  In 1914 he wrote Napoleon and Waterloo, later revised in 1936.  This is a much more thorough account, yet its narrative goes from June 9 to June 11.

Very few studies of the Waterloo campaign, even in the last 50 years, give much attention to the four days that determined everything – June 10, 11, 12, and 13.

In 1904, Lettow-Vorbeck finally gave June 10 the attention it deserved in Napoleon’s Untergang 1815.  Lettow-Vorbeck collaborated with Eugène Stoffel, and the image included with this timeline is Stoffel’s summary of orders found in his papers for the campaign.  In red crayon, one can see that these men were aware of inconsistencies in the orders they had at the time.

All the above works are fantastic, but at the time they were written, they lacked key evidence.  I was told by a life long expert on Waterloo, after receiving my books, “Quand je réunissais des documents pour mieux savoir ce qu’on avait voulu, je n’imaginais pas que ces documents étaient si nombreux.”

June 10, 1815, will be explored in great detail so the questions of the last 200 years can finally be answered.