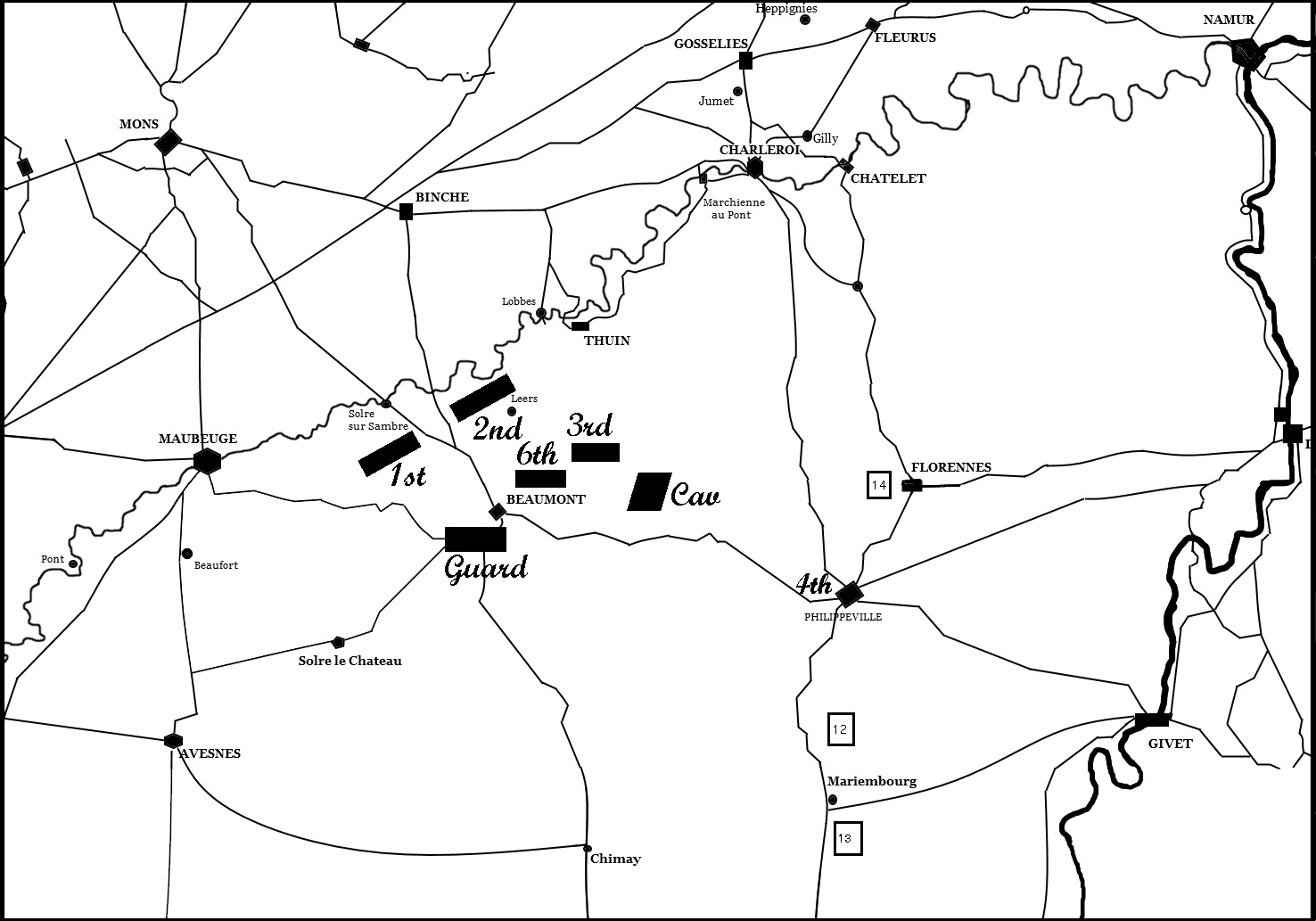 June 14 was the anniversary of the victories at Marengo and Friedland.

A great proclamation was read to the troops.

Napoleon wrote to his brother Joseph:

Avesnes, June 14, 1815, morning
My brother, I move my Imperial Headquarter to Beaumont this evening. Tomorrow the 15th, I will march on Charleroi, where the Prussian army is; this will give way to a battle or the retreat of the enemy. The army is handsome and the weather fine enough; the country support us strongly.
I will write this evening if we must have communications on the 16th. In the meantime, we must prepare.
Farewell

During the day, Napoleon had the army creep towards the frontier, and as darkness fell, the dispositions were as follows:

As darkness fell on June 14, Napoleon had achieved his objective. The Armée du Nord was gathered south of the Sambre, while the Allied high command remained unaware, confident that Napoleon wasn’t about to attack. Allied formations along the frontier noticed the increased activity, which led Zieten, headquartered at Charleroi, to put his 1st Corps on alert.

Napoleon wrote, “In the night of the 14th to the 15th, secret agents returning to the French headquarters at Beaumont stated that everything was quiet at Namur, Brussels, and Charleroy.”

This had been undoubtedly true.