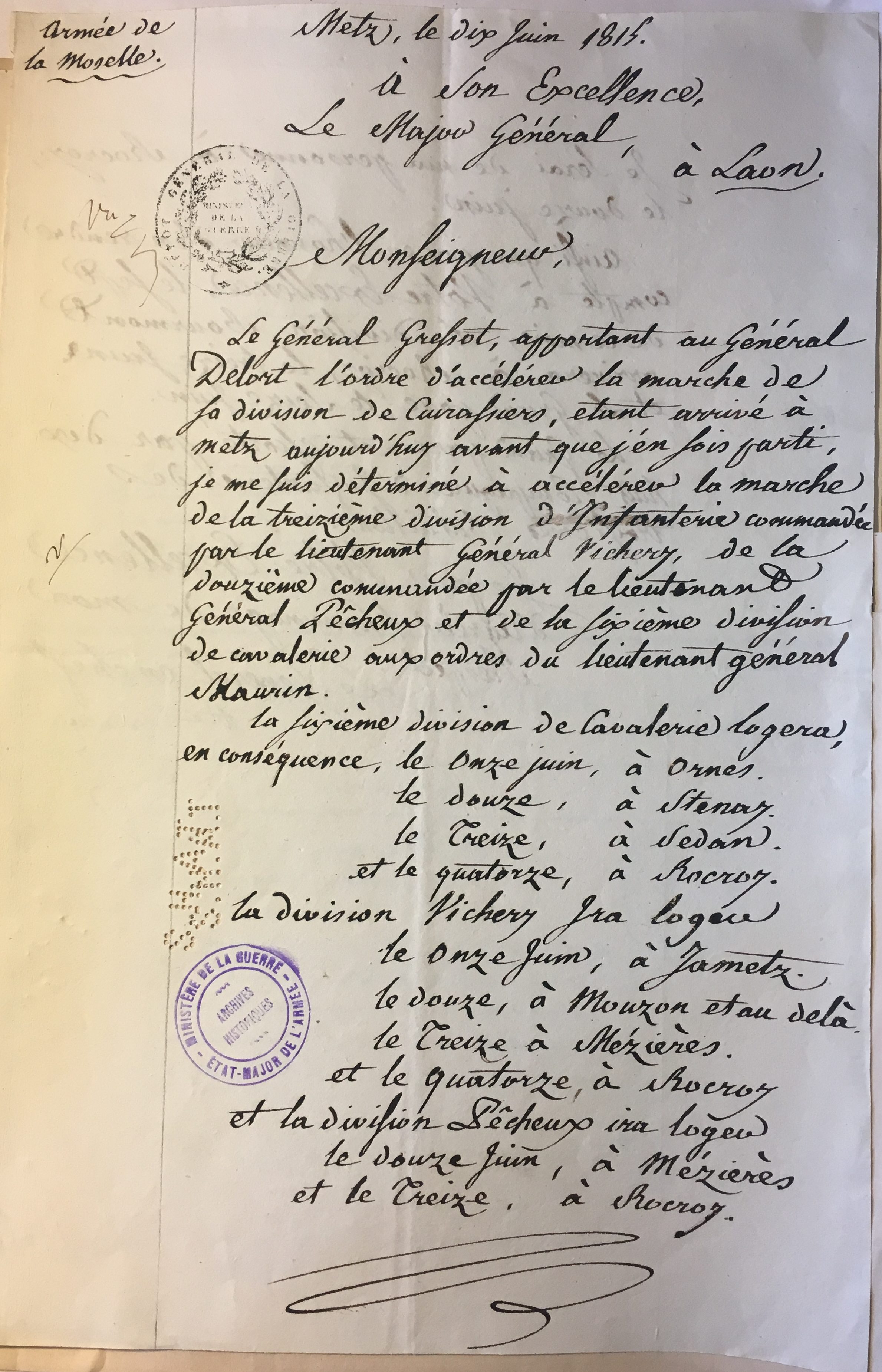 On June 10, Gérard wrote to Soult with an update on his march:

Metz, the tenth of June, 1815.
To His Excellency,
The Major General,
in Laon.
My lord,
General Gressot, giving General Delort the order to accelerate the march of his division of Cuirassiers, having arrived at Metz today before I left, I determined to accelerate the march of the thirteenth division of Infantry commanded by Lieutenant General Vichery, the twelfth commanded by the Lieutenant General Pêcheux and the Sixth Cavalry Division under Lieutenant-General Maurin.
The sixth division of Cavalry will lodge, consequently, on the eleventh of June, at Ornes.
the twelth at Stenay.
the thirteen, at Sedan.
and the fourteenth, at Rocroy.

the Vichery division will go and lodge,
the eleventh of June, at Jametz.
the twelve, at Mouzon and beyond.
the thirteen at Mezieres.
and the fourteen, in Rocroy

and the Pêcheux division will go and lodge,
the twelve of June, in Mézières
and the thirteen, to Rocroy.

I will be in Rocroy on the 12th of June.
As I have had the honor to report to your Excellency on the seventh of this month, the Bourmont division will arrive at Rocroy on the thirteenth of June and the Grand Park on the sixteenth of June.
The Grand Park is escorted by eighteen infantry companies from the third battalion.
I pray Your Excellency to accept the tribute of my respect.

Gressot had been ordered to accelerate the 14th Cavalry Division, which was joining the Armée du Nord.  From meeting with Gressot, Gérard realized the error of his earlier orders, and thus he adjusted his entire corps to catch up with the lead division commanded by Bourmont.

It should also be noted that Gérard sent this report to Soult in Laon. 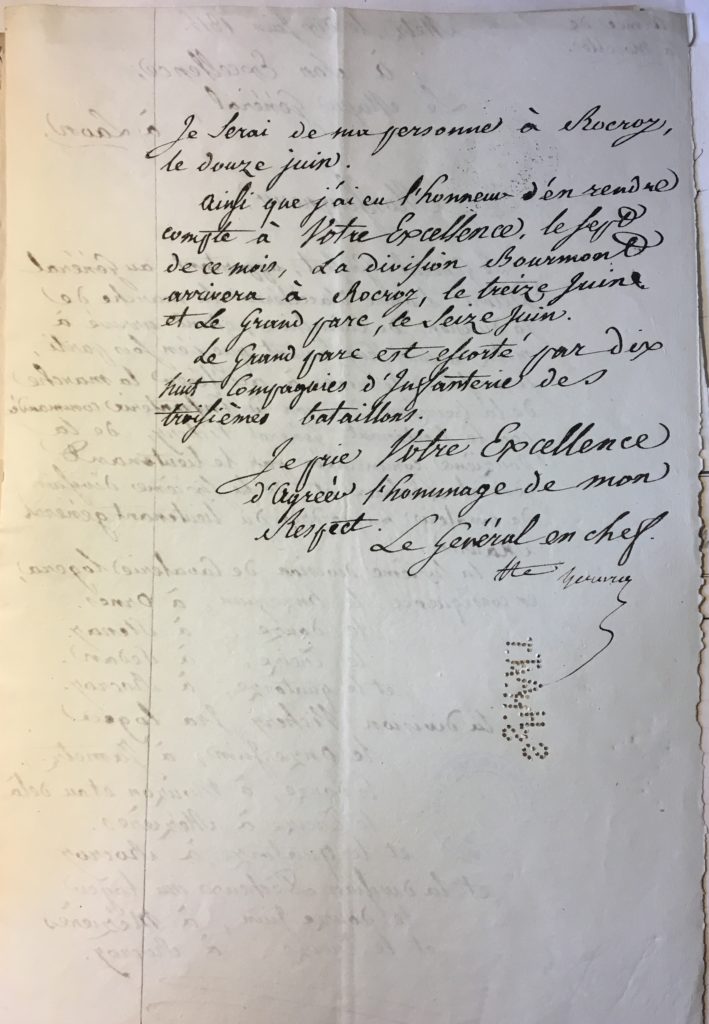