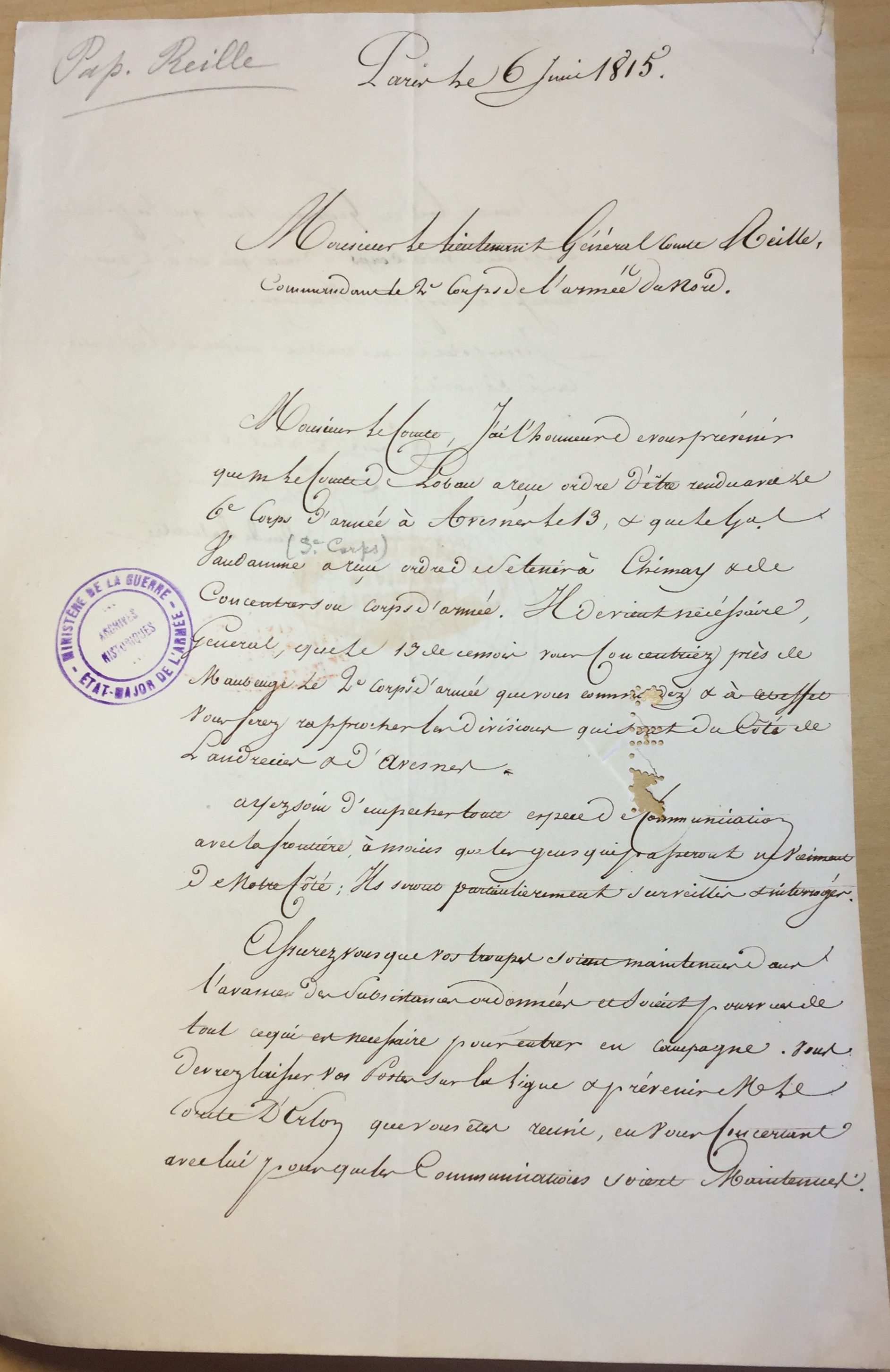 Soult’s order to Reille is in the archives and is as follows:

Comte, I have the honor to inform you that Comte Lobau has received the order to go with the 6th army Corps to Avesnes on the 13th, and that General Vandamme has received the order to hold himself in Chimay and to concentrate his army corps. It is becoming necessary, General, that on the 13th of this month you concentrate near Maubeuge the 2nd army corps that you command and for this purpose you will bring together the divisions that are toward Landrecies and Avesnes.
Take care to prohibit any type of communication with the border unless the people who are crossing come from our side; they will be closely surveilled and interrogated.
Ensure that your troops are now in possession of the ordered subsistence and are supplied with everything necessary to enter into campaign. You must leave your posts on the line and inform Comte d’Erlon that you are gathered, consulting with him so that communications are maintained.
Give the order, General, such that the portion of the park of your army corps, which is in Douay, is joining you near Maubeuge.
I pray you to report on the execution of these arrangement. 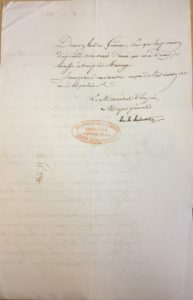 There is also a very terse registry entry, #250 in Soult’s Mouvement des Troupes:

The draft demonstrates an addition in the margin, and the collection of documents shows the imperfect process of an order from dictation, recording, and final issuance:

June 6, Draft of Soult to Reille 1 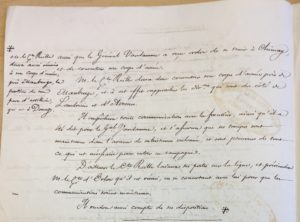 June 6, Draft of Soult to Reille 2