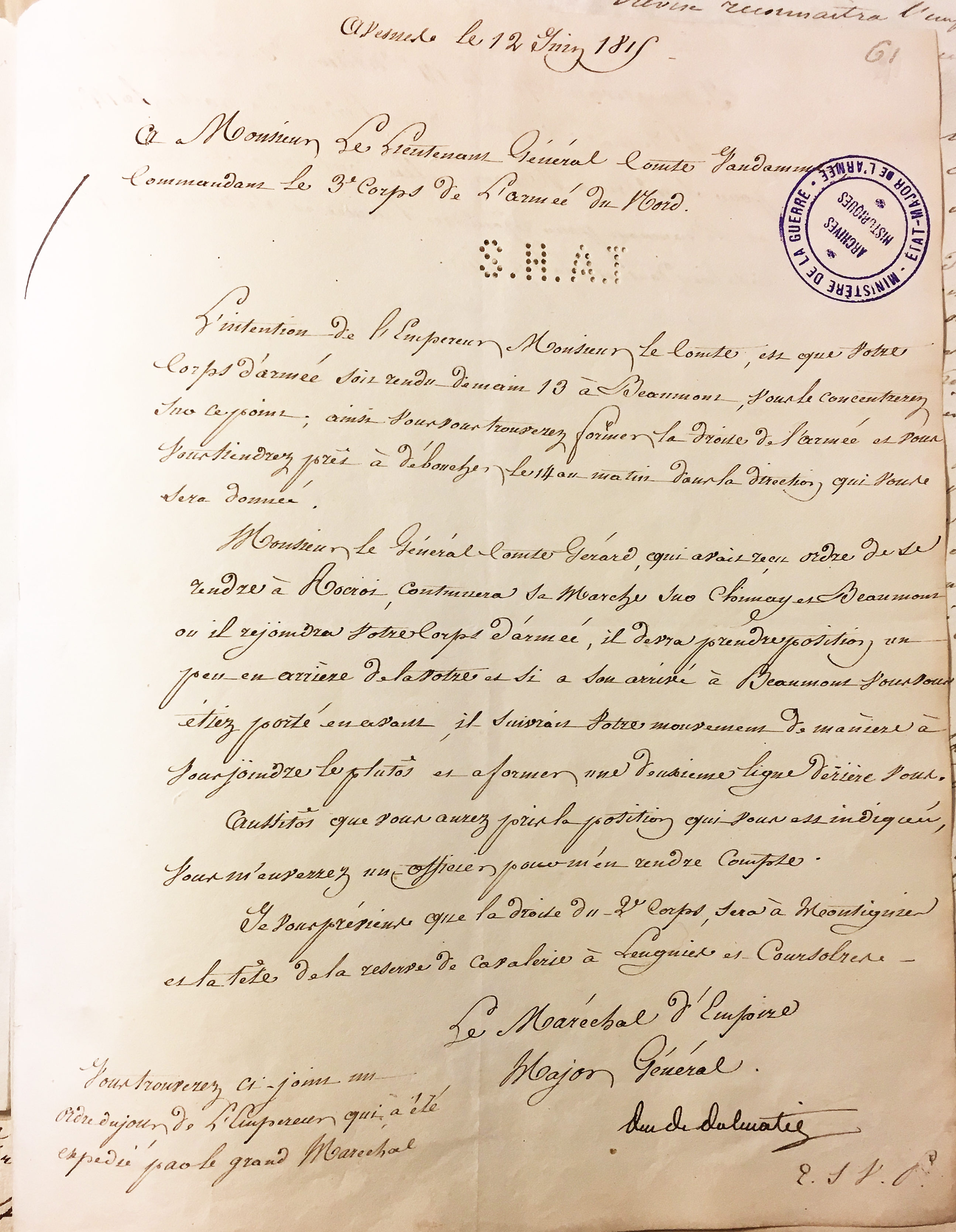 To Lieutenant General Comte Vandamme, Commanding the 3rd Corps of the Armée du Nord.
The Emperor intends that your Army Corps be tomorrow, the 13th, in Beaumont, you will concentrate at that point; you
will thus find yourself forming the right of the army and you will remain ready to debouch, on the morning of the 14th in
the direction that will be given to you.
General Comte Gérard, who had received the order to go to Rocroi, will continue his march to Chimay and Beaumont where he will join your Army Corps, it must take position slightly behind you and if on his arrival in Beaumont you have brought yourself forward, he will follow your movement so as to join you sooner and to form a second line behind you.
As soon as you have taken the position indicated, you will send me an officer to report to me.
I inform you that the right of the 2nd Corps will be in Montignies and at the head of the cavalry reserve in Leugnies
and Coursolre.

You will find attached an ordre du jour of the Emperor which has been sent by the Grand Maréchal.

On the back it added:

I inform you that the 14th division of Cavalry commanded by General Delort is receiving the order to leave on the 14th from Mézières to go to Rocroi. It will continue its route by way of Chimay and Beaumont to meet up with the army and to join the 4th Cavalry Corps of which it is a part.

Soult orders Vandamme to Beaumont in accordance to the Mons plan, and even indicates that Vandamme will be the “Right” of the army, the language of the Bertrand letter.