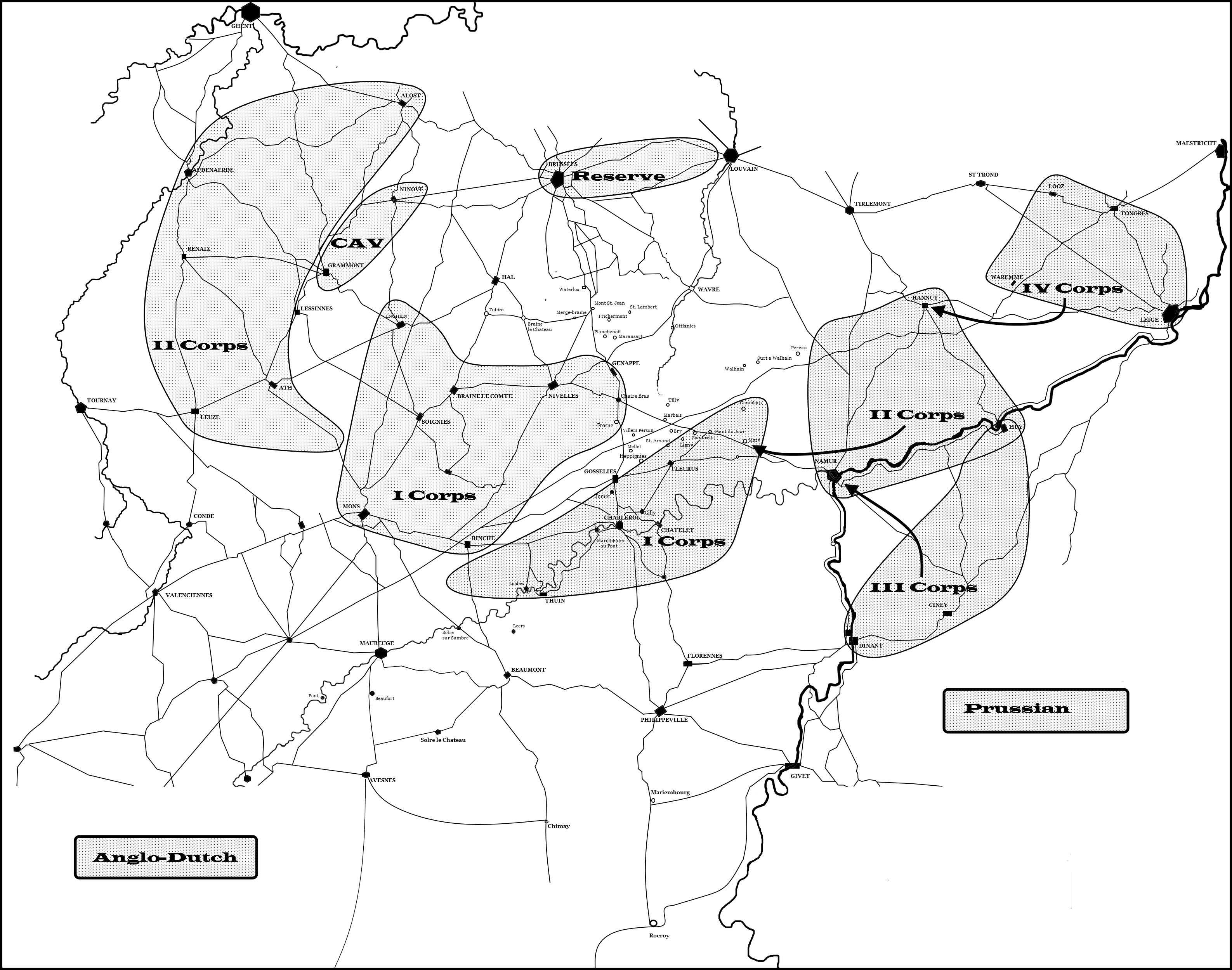 Clausewitz summarized the Prussian plan in an event of a French advance in the Charleroi sector:

Blücher thus believed that he could collect his forces at Sombreffe in 36 hours. Although the chances were 100 to 1 that the enemy’s advance would be known at least 36 hours before he reached the area of our battlefield, it was nonetheless very risky to remain in such an extended position when the enemy’s advance guard was so close. The continual difficulties that the Dutch authorities made with respect to provisioning prevented Marshal Blücher from collecting his forces to a greater extent, so he intended to wait for more definite reports on the movements of the enemy’s army. He cannot, however, be entirely absolved from blame.